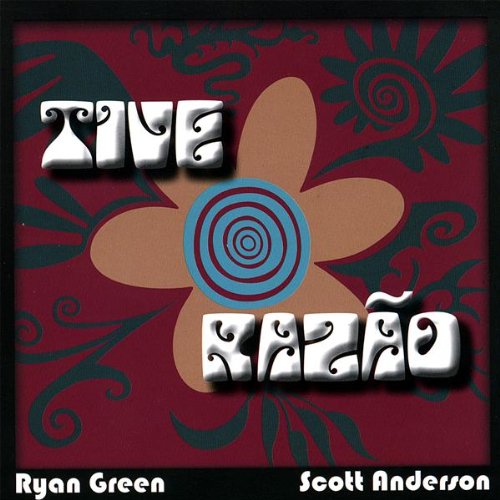 Ryan Green is a New York City based singer, actor, and writer. He was born and raised in Cincinnati, Ohio and his talents were strongly encouraged by his parents. He went to the Baldwin -Wallace College Conservatory of Music in Cleveland and earned a Bachelor of Music in Musical Theatre. After moving to New York in 2002, he booked an agent and small theatre gigs here and there, but also surprisingly discovered a knack for language and learned to speak Portuguese. He then began to follow an interest in Brazilian music which lead him to meet guitarist Scott Anderson and record this CD.

Ryan currently works at the Lesbian,Gay, Bi-sexual and Transgender Community Services Center of New York. He continues to be involved with theatre, and studied humor writing under the guidance of published author and humorist Sara Barron (People are Unappealing). In the summer of 2007, he wrote and performed a one person short, Barbie Streisand: Get the Gun! for the HOT Theatre Festival at Dixon Place in NYC. Ryan contniues to develop this project. Email ryansings@gmail.com

Scott Anderson (Scottinho) is a New York based guitarist, composer and vocalist. Born and raised in Minnesota, but possessing a Brazilian heart, Scott has been playing Brazilian music for many years. He started by playing Brazilian jazz standards while studying jazz music formally, and continued through leading his own band in Chicago and New York. His journey through music has taken him from playing at the Taste of Chicago 2000, to a tremendous opportunity to meet and record with great Brazilian guitarist Toninho Horta on Scott's first solo release, Batizado.

After 11 years in Chicago, Scott moved to NY in 2005 to pursue a career in film music. One of the first movies he did, For the Bible Tells Me So, went to the Sundance Film Festival and opened theatrically in the fall of 2007. He also produced a compilation CD of indie artists covering war-time songs to benefit the Intrepid Fallen Heroes Fund.